2. Tissue classification: a tissue label such as fibrous cap, lipid core, or calcification be associated with certain tissue region.

In this method, Morlet wavelet transform responses were used to detect singularities in an image, which were then used as input for supervised classification. Use Linear minimum squared error classifier (generalized linear model) to classify C1 = {vessel pixels} and C2 = {non-vessel pixels}, which is fast to train but limited to linear classification.

In their open-source Matlab code, they use half of the retinal vessel picture (with manually segmented result) as the training image, and the other half as test image. 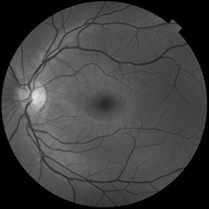 This example worked well in retinal vessel detection, as original image was clear in background and vessels was evident. But in our case, the noise and background is far more complicated.

2. A quantitative vascular analysis system for evaluation of atherosclerotic lesions by MRI

QVAS facilitates quantitative measurements of lesions, but further automation would be necessary for routine clinical use (Machine learning is a possible improvement

), and simultaneous analysis of multiple images taken at the same position is necessary.

3. Machine Learning Techniques as a Helpful Tool Toward Determination of Plaque Vulnerability

In this paper, a tool was developed using machine learning techniques to assist the clinical professionals on decisions of the vulnerability of the atheroma plaque. Common method using FEM simulations was slow and memory consuming, so they attempted to use artificial neural networks and support vector machines to make improvement.

They modeled the atheroma plaque rupture in terms of four of the most influential geometrical factors in the plaque rupture: 1) fibrous cap thickness; 2) stenosis ratio; 3) lipid core width; and 4) lipid core length. For a specific patient, clinical staff should measure just four parameters in standard IVUS images, and then, by using the ANN or SVM techniques, they would have an immediate response on the atheroma plaque vulnerability with relative error of 4.14% and 6.76%

This paper use machine learning method to assess the vulnerability of plaque and achieved satisfactory result, but their aim was not aligned with ours. However, the method from their research is illuminating.

Many learning methods have been used to analyze intensity based information in images.

In our case, the machine learning method is likely to work. Segmentation of border is the same as classifying regions inside and outside a certain are, and tissue can also be classified according to its information from the pixels. However, choosing an effective and efficient method need further investigation.

I propose to try from the fastest and simplest method to slower and more complicated method.

1. Linear Discriminant Analysis (LDA) is a linear discriminant analysis method by projecting the data from M dimensional feature space onto a one-dimensional line and then use a threshold to classify. In this case, classifier must have a linear form, the performance of classifier degrades when the two groups to be classified are not perfectly separable in feature space.

Many of the pitfalls of LDA can be overcome by a more sophisticated learning technique,support vector machines (SVMs). SVMs look for support vectors to separate the data in the

feature space. Its limitations: kernel selection can be a tricky task for SVMs, the feature space may be too large to store in memory (combined with principal component analysis (PCA), to perform dimensionality reduction).

3. A more complicated but adaptive method is based on artificial neural networks (ANN). ANNs are a family of models inspired by biological neural networks which are used to estimate or approximate functions that can depend on a large number of inputs and are generally unknown. In our case, a set of input neurons which may be activated by the pixels of our input image. After being weighted and transformed by a function, the activations of these neurons are then passed on to other neurons. This process is repeated until finally, the output neuron that determines the classification. 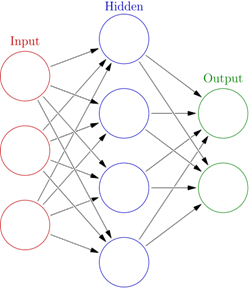 An artificial neural network is an interconnected group of nodes

The main limitation of this method is it requires a large diversity of training. Any learning machine needs sufficient representative examples in order to capture the underlying structure that allows it to generalize to new cases.

Whether the format of the data is neat and standard.

The lack of feature in boundary of atherosclerosis plaque, some of which is not even observable by clinicians.

The similarity of pixel in tissue area make it unable to classify.