2005  Research: A simple research on making yoghurt with aloe and lactobacillus

A research project for the contest of Shanghai Future Science and Technology Star.

Using fermentation technology to produce a kind of healthy yoghurt with aloe.

A programming contest for junior middle school students in Shanghai.


A research project for the contest of INTEL Innovation Contest in Shanghai.

Using chloroperoxidase to analyze its effect on water treatment.

A design for the contest of Future Engineering Contest in Shanghai.

An innovative elastic coating for the metal part of socket to prevent electric chock from touching it when plugging in.

A one-year group project guided by professor Tiansheng Lv from Shanghai Jiaotong University for the contest of INTEL Innovation Contest in Shanghai.

Design and implement a robot model which is used to change light bulbs on the streets. The robot is multi-dimention and has a control panel, it is powerful and flexible enough to replace human workers changing bulbs, which can protect workers from being injured when climbing high to change the bulb.

Can memorize codes of up to 3 infrared control devices

2013-2014 FDUROP Project: 'The development of an inaccurate graph isomorphism algorithm and its application in prototype machine'(Ranked 2 out of 8 in Information Science and Technology department of Fudan University)

Using images captured from production line and specific algorithms to locate products and pile them up in boxes.

Improved the algorithm to endure more noises and overlaps and high recognition of different kinds of products on the same production line.

Some part of my achievement has been applied to a new visual examining system in a company and exhibited in 2014 Shanghai Industrial Exhibition Show.

A group project using multipath network to enable students to view PPT slides on their own devices when lecturing, funded RMB2000 by TengFei Program, an inter-disciplinary research project.

To implement remote control and monitor using raspberry and camera so that physics experiments can be operated through Internet.

Established the server of the system with Python web

A research to find an improved method to effectively immune a virus spreading in complex network.

Improved the classical acquaintance immunization strategy using NSI to protect 14.9% more nodes and decrease the spread rate by 27.6% (compared to classical strategy in our simulation)

Simulated in various network structure models. Proposed the new method which is the best in most random graph compared to other immunization strategies in the perspective of maximum percentage of infected nodes

A research on diagnosing disease by taking a picture from tongue based on Android phone.

Used QCGP to solve the problem of white balance

A solution to find missing crash plane, for the contest of mathematical modeling.

We proposed several models, including using time and direction to find rough flying area, modeling the crash process with many factors considered, the floating with current process after crash, the best routine plan to search.

This solution is finished within 4 days with the combined efforts of our team.

To find a new method to detect tongue contour in the tongue diagnosis image.

Combined the benefits of three color-spaces, RGB, HSV and L*a*b and performed color enhancement to constrain the area of interest

2015, Research: The Study of the Compatibility Rules of Traditional Chinese Medicine Based on Apriori and HMETIS Hypergraph Partitioning Algorithm  ( VLDB DMAH 2015, The First International Workshop on Data Management and Analytics for Medicine and Healthcare, accepted, Third Author)

Hypergraph cluster detection algorithm based on Apriori has been applied

A commercial project of building a system using structure light to obtain 3D Point Cloud model of the object with camera and projector.

VLDB DMAH 2015, The First International Workshop on Data Management and Analytics for Medicine and Healthcare, accepted

Experience with me:
The FDUROP project about image processing

Experience with me:
Paper about immunization network

I take part in many inschool/outschool organizations in my extracurricular time, which greatly enriches my life.

I spent a year volunteering in Sunflower Weekend School, which is a weekend charity school aimed at helping children of migrant workers in Shanghai. I was assigned to English Junior class, making sure students can understand teacher’s instructions well and correcting children’s pronunciation.

Last summer, I joined support-education team in our school, giving lessons and conducting surveys in Yunnan province (a very poor and remote district in China)

This year, I have joined IEEE as a student member.Ecpecting to learn more in IEEE big family. 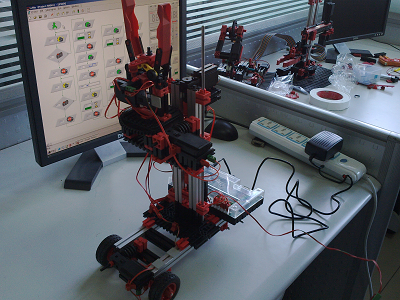 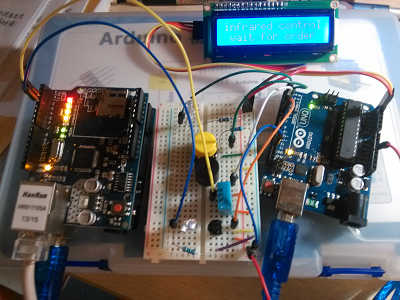 Left: A robot with a multi-dimension operating hand that can change light bulbs 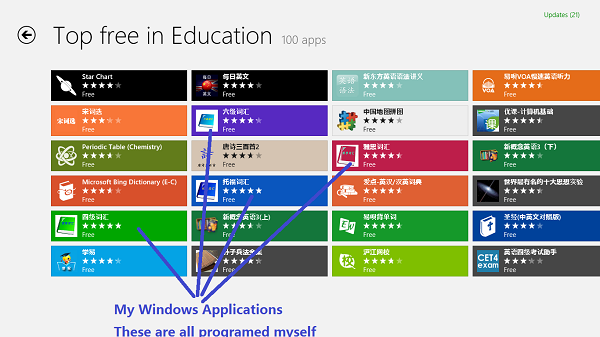 My Windows applications listed on TOP free in Education section, which have been downloaded for more than 65,000 times so far 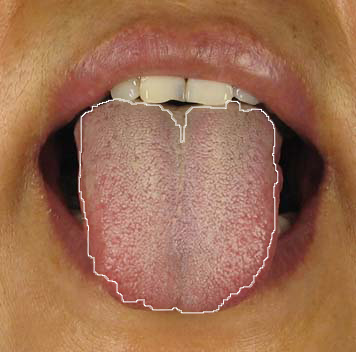