Is there a difference in feature change between male and female?

I further divided data to the group of male (79 cases) and female (83 cases), trying to find some difference in results between gender. 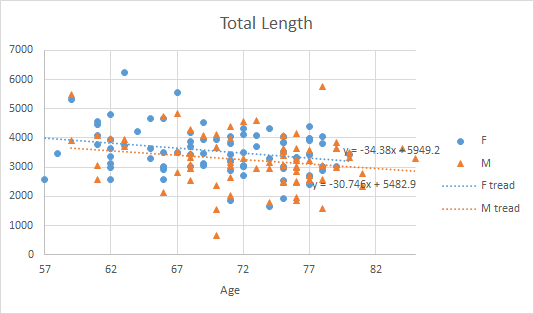 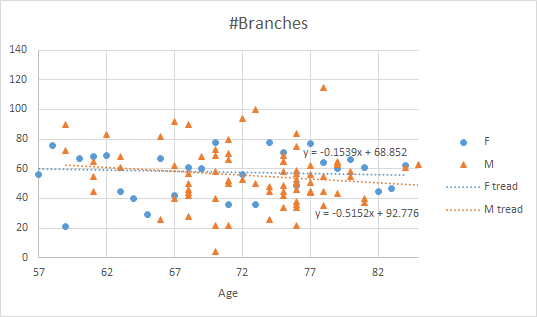 Both group starts from nearly the same number, but male group decreases faster through age. 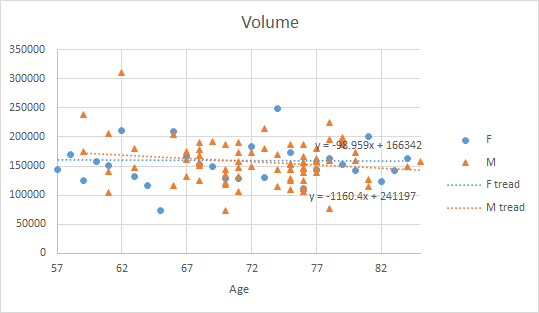 4. Length comparison in each Order group 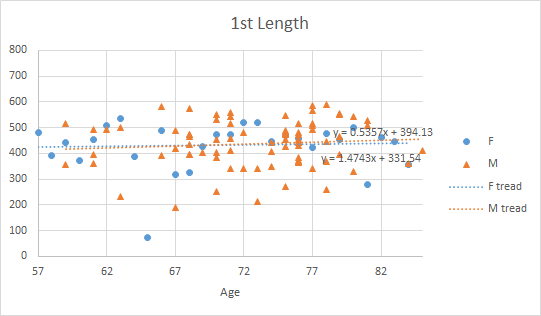 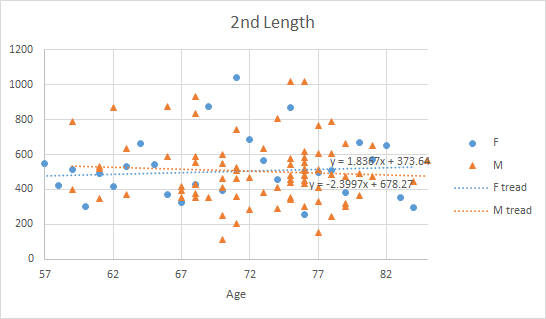 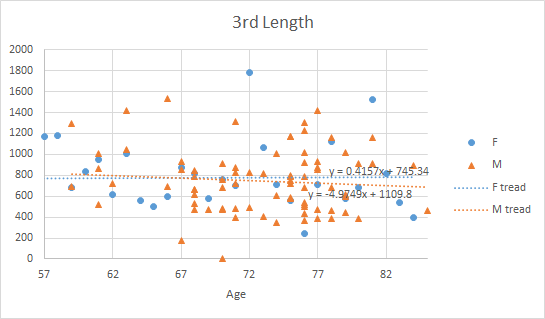 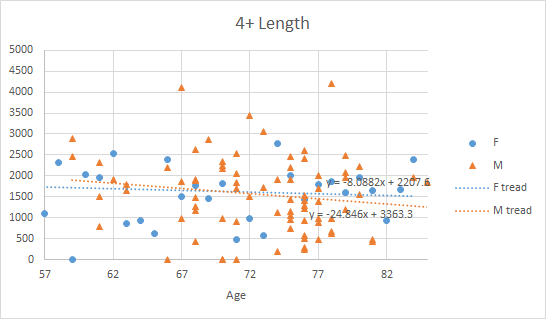 In conclusion, male group has more evident proof to show their sign of aging from brain vessel topology.