Tag validation based on appearance

When using BAFET to analyze brain vessels, I manually add tags to each image set based on subjective feeling, such as "Many" for rich vessel in brain and "Few" for few vessels connecting to main arteries. I want to make validation between human feeling and statistical data from feature detected so that the result from features is discriminative and compelling.

All the tags I marked:

Complete: A complete structure of Circle of Willis is found, even the vessel in the circle is thin and the total number of branches is smaller than normal.

Typical: The structure of brain vessels is ideally normal, with median number of branches and normal structure. Such case is clear enough to be used as demonstration.

Strange: Some vessels are strange in location or appearance, which is unsuitable to compare with other cases.

1. Validation on vessel appearance in richness

Compare tags between "Few" and "Many".

The result means the number of length extracted from BAFET is in accordance with visual feeling, so the length of vessel given by BAFET is reliable in analyzing the richness of brain vessel. 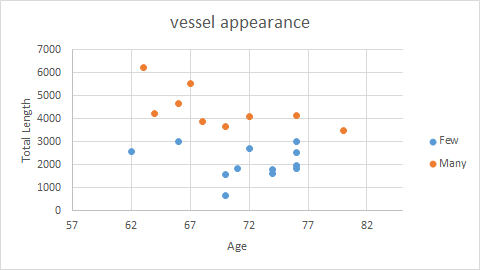 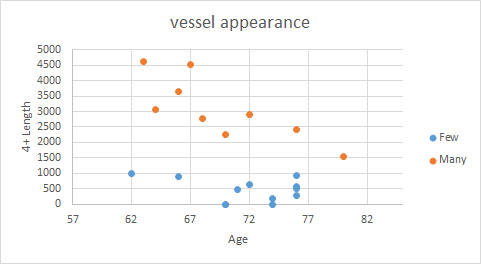 Most cases are similar in direction of arteries. Similar structures make it comparable to each other in their length, volume and other features. However, some of the cases are very special in vessel structure, which makes them difficult to compare features with others.

In one of the cases, one main artery is linked to front brain and the other one linked to behind. So the total length, volume and other features are largely different from other cases. In our research, only two main arteries are used, so manual modification to strange structures are needed to make each case similar and comparable. 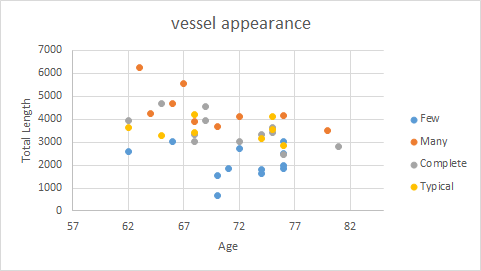 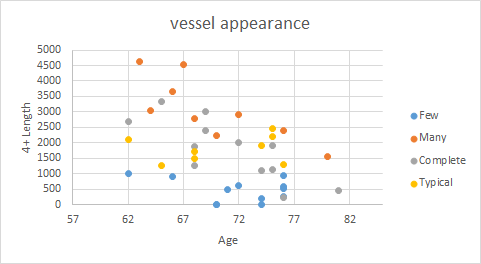