Brain vessels are diverse. Four of them are main arteries from the neck. Then these main arteries are bifurcated into several inferior arteries until the capillary vessels. A method to classify these vessels are needed so that we can evaluate the features from each group of vessels. 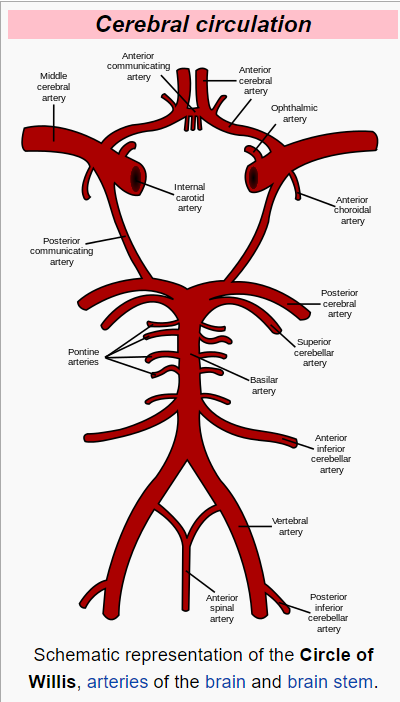 When the vessel tree is constructed after rearranging traces, "Trace order" can be used as a parameter to classify vessels.

Trace order is defined as how many bifurcations a trace meet when reaching the root point in a minimum distance. 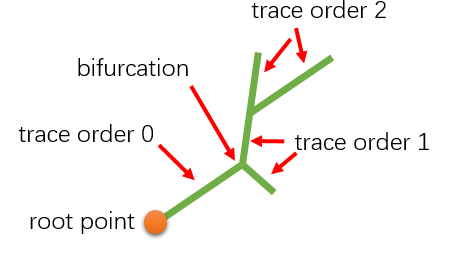 There are four main brain arteries, so that the order of each of them should be the same. Fake traces are added to interconnect these main arteries, and a fake root point is added so that their order are the same. 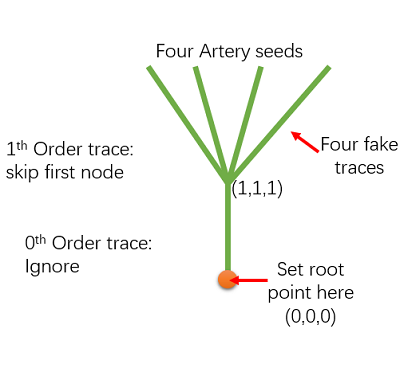 In some brains, vessels form loops, which is troublesome to determine trace order. Cutting loops is a necessary step before ordering.

After dividing traces according to trace order, image intensity, trace length, and trace volume can be obtained from each trace order group.